And now for something completely different… sourdough! I first began baking as an escape from grad school ennui. Since then, and especially in last couple months, it’s been fun to share a few of the tips and tricks I’ve picked up along the way with friends who are just getting into baking. 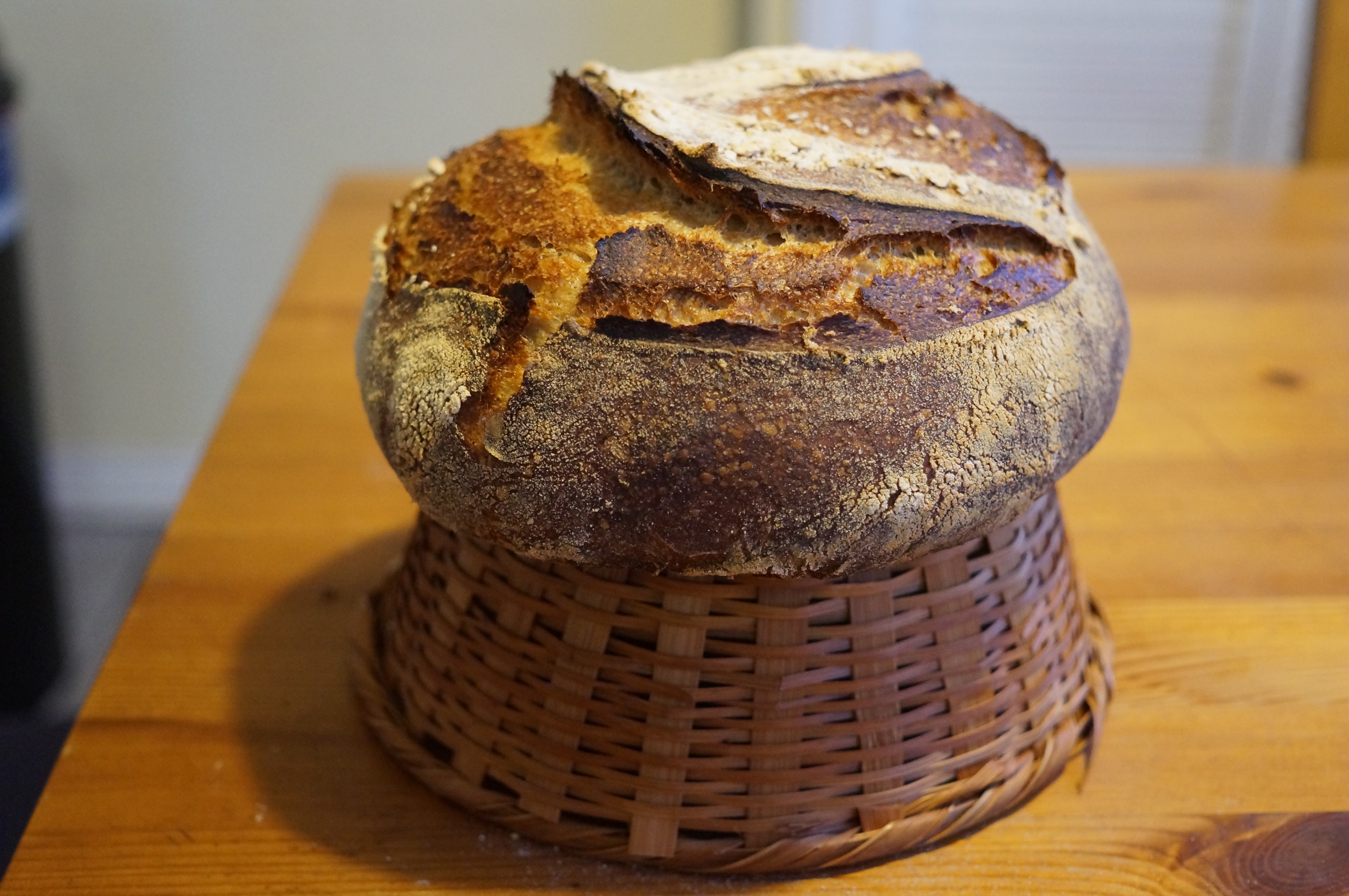 The notes that follow document some of what I’ve learned. Of course, they’re a work in progress and I’m learning more every time I bake. But maybe you’ll find them useful. I’ve split this post up into two sections: “TL;DR” walks you through the essential steps to making sourdough. If you want more, “More detail, please” delivers with some extra flavor, so to speak.

Once you get some starter, you’ll need the following ingredients (makes one loaf):

How’d it go? If you found these notes useful, send me a picture of your bread! I’d love to see it. Want more details? Read on!

I love the process of working with a live yeast culture to produce something edible. And bread is one of those rare items that defies typical economies of scale: with a little work you can produce a better, cheaper product than you can buy at almost any grocery store. But, as a home baker you have to approach many of the challenges of bread-making differently than someone with a commercial oven would. Figuring out how to get an open, moist crumb, a strong crust, and that delightful sourdough flavor out of conventional tools is a neverending journey. These tips document that journey.

Making bread timing work for you is one of the key aspects to ensuring that this becomes a sustainable habit.